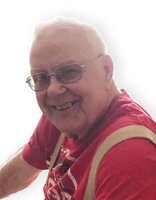 A resident of Highgate, Bill Davidson passed away at the Four Counties Health Services, following a lengthy battle with many health issues, on November 9, 2022 at the age of 82. Born in Chatham, Bill was the son of the late John and Myrtle (nee Anstice) Davidson.

Bill will be forever remembered by his family and friends for his Military Service to Canada. He served as a Volunteer Firefighter for a period of time. He enjoyed sports, especially baseball, lending a hand at the local ball diamond whatever was needed.

A special thank-you is extended to his PSW's and nurses over the years.

In keeping with Bill's wishes, cremation has taken place. A private family interment will take place in Duart at a later date.

Memorial donations made in memory of Bill to the Heart and Stroke Foundation or the charity of your choice would be appreciated by the family.