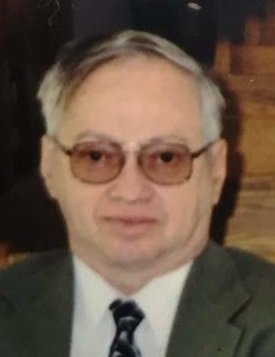 A resident of Chatham and formerly of Wallaceburg, Ron Harrett passed away at Copper Terrace Long Term Care Home with his family at his side on Friday, March 22, 2019 at the age of 77.

Born in Fredericton, New Brunswick, Ron was the son of the late Donald and Grace (VanSickle) Harrett.

Ron had followed in his father's footsteps and joined the Air Force where he proudly served for eight years. He later moved to Chatham and retired from Eaton Yale after 29 years. He will be remembered for his lengthy tales, his social interactions with strangers and his distinct sense of comedy. He had a love for music and never saw a free concert he couldn't enjoy.

Family will receive friends at the McKinlay Funeral Home, 459 St. Clair Street, Chatham on Tuesday, March 26, 2019 from 12:00 pm until the Funeral Service at 1:30 pm with Pastor Brian Horrobin officiating.

Donations made in memory of Ron to the Alzheimer Society or Chatham Concert Band would be appreciated.

Share Your Memory of
Ronald
Upload Your Memory View All Memories
Be the first to upload a memory!