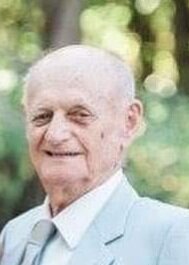 Paul will be missed by many extended family members and friends.

Donations in Paul’s memory may be made to the Chatham-Kent Hospice Foundation or charity of your choice. Online condolences may be left at www.mckinlayfuneralhome.com.

Share Your Memory of
Paul
Upload Your Memory View All Memories
Be the first to upload a memory!
Share A Memory
Send Flowers