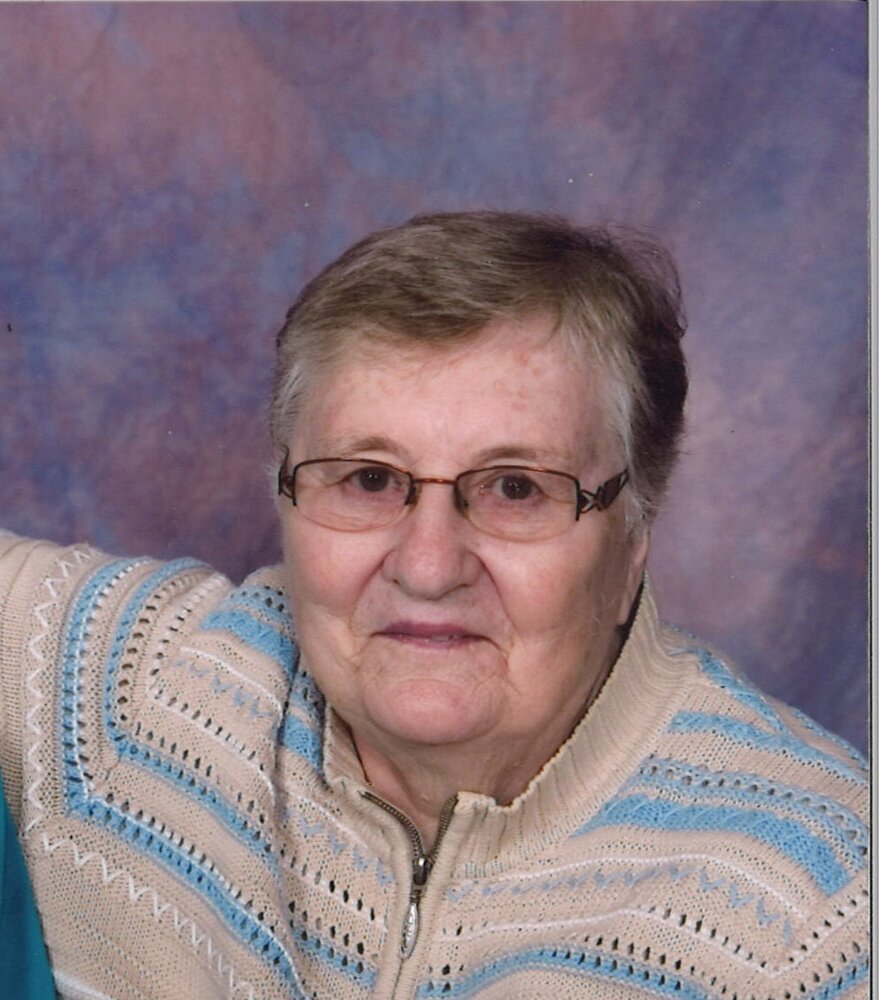 Please share a memory of Evelyn to include in a keepsake book for family and friends.
View Tribute Book

A resident of Ridgetown, Evelyn Edmonds passed away peacefully at Victoria Hospital London on August 19, 2022 at the age of 90. Born in Harwich Township, Evelyn was the daughter of the late George and Florence (nee Green) Drury. Beloved wife of the late Glenn Edmonds (2011). Sister-in-law to Joan Drury. Predeceased by her brothers Harland Drury and his wife Jean, and Leonard Drury . Evelyn is also survived by many nieces and nephews. Evelyn was a member of Ridgetown Baptist Church and she will be dearly missed by her church family. Evelyn grew up on the family farm. She left the farm and went to the University of Toronto where she studied to become a Pharmacist. While working in Toronto she met a Canada Dry Salesman. She married him and lived in a apartment for a while then moved to their first house on Thornbeck Drive, Scarborough. From there to Stoufville where they built a house in the bush. They lived for many years in Northern Ontario before eventually settling and retiring in Ridgetown. Family and friends will be received at the Funeral Home, 76 Main Street East, Ridgetown on Tuesday August 23, 2022 from 11:00 a.m. until the Funeral Service to celebrate Evelyn's life at 1:00 p.m. Interment to follow at Craford Cemetery. Memorial donations made in memory of Evelyn to the London Health Sciences Peritoneal Dialysis Program would be appreciated by the family. Online condolences may be left at www.mckinlayfuneralhome.com